3 Steps to A Kinder Diet

I personally choose not to eat animal flesh. I totally used to. Actually, I include a bunch of meat recipes in my second book (The Gorgeously Green Diet 2009). But over the past 5 years I’ve changed. I’ve realized that I don’t need to eat animal flesh to be healthy, and that in many ways I am healthier, stronger, and more energetic without. I don’t call myself a vegan, because it’s a label (not a big fan of labels), and I do (very occasionally) eat a little fish.

Bottom line, a whole food plant-based diet will fill your body with cancer-fighting compounds, not to mention fat-storage inhibiting compounds. The same cannot be said for meat. But what about protein? I think we’ve now put that argument well and truly to bed. Sure, some of us like and feel like we need meat (totally a preference, and totally fine), but plant-based athletes like Rich Roll have actually proved that meat is not a necessary protein for optimum health – even for an Iron Man athlete.

BTW – I am totally NON-JUDGEMENTAL of people who do enjoy eating meat, so if you are one of them, please don’t stop reading. My entire family are meat-eaters, and so I’ve learned to live and let live. Moreover with the Paleo diet sweeping the Nation, “healthy” meat-eaters are on the rise. I understand, but don’t agree with the tenets behind this particular diet, but that’s a whole different post (stay tuned).

So, it’s pretty obvious where I’m going with this: that eating meat isn’t necessarily the kindest diet on the planet for a multitude of reasons. Seeing the recently released film, At The Fork, spurred me to write this post. It is a beautifully crafted documentary about how animals are raised for human consumption in America. It is non-judgmental, sensitive, and deep – really DEEP. The filmmaker/director John Papola is a meat-eater, and his wife is not. The film opens with John’s family tearing into huge racks of beef hot off the grill – an annual family tradition. His wife loads her plate with veggies. Husband and wife make clear their individual stances on meat-eating, and off they go to explore how our meat is produced.

So, what was my main takeaway? The film made me cry a number of times. They feature a lot of pigs. I love pigs, and because I was raised around them, I know that they are highly intelligent. The film also made me laugh – there were some beautiful and very funny moments. Unlike so many of the meat-bashing documentaries out there (designed to turn everyone in vegans overnight), this film doesn’t bash anyone over the head. The director John, is brazenly honest, and openly discusses his struggle about forgetting the suffering he might have just witnessed at an appalling factory farm, once a few days have gone by – and especially when faced with the smell of a delicious burger or steak on the grill. His wife is devastated by the fact that he seems not to have the same lasting sense of compassion as she does – and this conflict runs throughout the film. I like that it’s not resolved either. This makes the film way more appealing to a way larger audience, which is the intention. No point preaching to the choir, right?

Here’s something that I didn’t know about John Mackey: He used to eat meat (and clearly sells it in his markets). But, he is now vegan. In an interview in Men’s Journal, he explains: “I became a vegan in 2003, after a woman interrupted the Whole Foods annual meeting to tell us how bad ducks were treated. We had a big argument, but then we started an email correspondence and she challenged me to learn more. That summer I probably read a dozen books on animal welfare. What shocked me the most was the phenomenon of factory farming — animals endure terrible lives of abuse and suffering — and it’s hidden away. After reading the books, I knew too much to keep eating meat. Remember The Matrix? Take the blue pill or the red pill? I didn’t want to go back to sleep.”

But he also acknowledges that only 1% of the population are vegan, so to run a viable business on the scale of Whole Foods Market, he had to continue selling meat. To this end, he has spearheaded the 5-Step Animal Welfare Standards label. He explained to us that not only does this allow customers to really understand how the animals they are buying were treated, but it also encourages animal producers to get kinder and cleaner. They can all charge top dollar for a Step 5+, so they are starting to make big changes.

This brings me to my final thought in this discourse. If you want to eat/buy meat that is good quality, and from an animal who hasn’t suffered for its entire life, you will have to pay more. Organic, humanely-reared meat is very expensive. I see this as a positive because Americans eat way too much cheap meat. This kind of mass meat consumption is linked to all the number one killer diseases, and inflicts untold suffering on the animals involved – a big LOSS for all involved.

And now for my 3 Steps To A Kinder Diet (and if you’re already a vegan, you can ignore this, and go check out some of my delicious vegan recipes!)

And, finally, you could join the At The Fork 21-day Animal Welfar challenge. All you need do is sign up with your email, and they will send you a daily plant-based/higher welfare recipe from all kinds of celebrity chefs, as well as shopping guides, articles, and more. You can also like the At The Fork Facebook page.

I also encourage you to try some of the plethora of plant-based recipes on my blog. 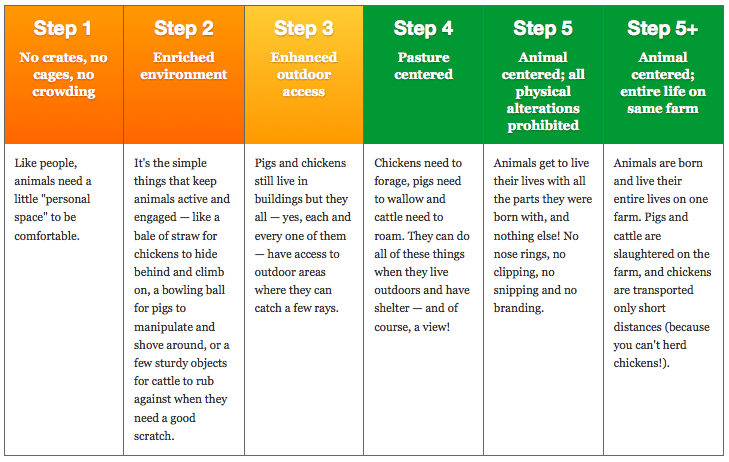 Sophie Uliano is New York Times best-selling author and leading expert in the field of natural health and beauty, who takes a down-to-earth approach to beauty focusing on what's truly healthy. Join my masterclass to get started.

FIND WHAT YOU NEED

How to grow (and re-grow) healthy, full hair

How to care for mature hair

How to Re-Establish Better Sleep Habits and Reset Your Snooze